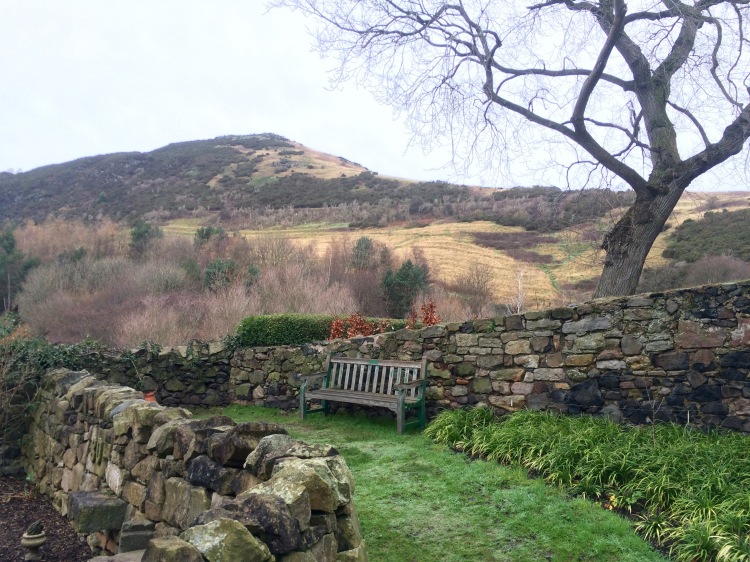 Sometimes I can’t distinguish Monet from Manet, but I know they both painted flowers. Georgia O’Keeffe painted flowers, too, and people said they were vaginas. I think it’s more than that, but once you’ve seen it, it’s difficult to unsee it. Van Gogh cut off his ear, and all they talk about now are his sunflowers and the starry night. I think of him and his letters to his brother, and I remember almond branches. (T., 2 November, 2013)

I have two types of married neural pathways.

It’s currently happening to me with directors and sci-fi.

It’s confusing, because Joss is one of 5 brothers (Samuel, Matthew, Jed, and Zach). Surely one of them could have been Will Wheaton.

But, no. A.: “They’re definitely two separate people. As in, they don’t share DNA. And they have two different names.”

To which I replied my burning questions: “But… do you think they’re friends?”

Then, we have Stephen Dunn, Mark Strand, and Mark Doty. And yes, that’s how it maps out in my head when I think of similar words and sounds. I know these poets, distinctly. I’ve written letters with Stephen, and shared breakfast with Mark D.

And yet, almost every time I read a poem by one of these poets, the other two pop up into my consciousness like the angel and devil on my shoulders. They are all sewn together, because of how and when I learned of them.

A letter within a letter, because my thoughts are not finished.

I had a big audition last night. I was nervous, not in the style of what if this doesn’t go well, and why is everyone looking at me? but more in the style of I really want this, and I also really want to be okay if I don’t get it. It was for a substantial role, in a new theatre company, for whom I’ve never auditioned before. Lots of material to memorise, lots of music to practice, lots of layers of character to try on, and lots of people to introduce myself to.

When I walked into the audition room, the director came out from behind the table and gave me a hug.

I’ve met him before, twice. He is friends with my friends. He has seen me sing in two shows, and he’s Irish (so I think I feel quite a kindred spirit in him, purely from the call of our respective Celtic homelands). He is lovely, and I respect him. I want to work with him, and I want to work for him. At the information night for this musical, he said: I value good work, and I will make you work hard. Through the rehearsal process, I look for the potential you have within you, and I promise I will bring you to that point by opening night. This is not verbatim. But it’s how his words translated in my head. It was about discipline, and work, and heart. And I enlisted on the spot.

When he came towards me, I thought we would shake hands. I thought this is a nice greeting. He didn’t need to stand up. I thought I don’t know the other two production team members. I’m nervous for them to get to know me. But I do know him, and he’s coming over to shake my hand, and that feels like a very nice acknowledgment.

And then he opened his arms, and then he hugged me.

It’s not a secret that my mind works through a million thoughts a minute. At our meditation group, our friends ask me to articulate my emotions, and laugh when it takes me a minute to think of them. I have to think about how I feel, I tell them. And they laugh, patiently, because they know me, and they know this to be true. I get to my heart through my head.

But he hugged me. And yes, my thoughts were cycling through — but louder than the thoughts, I felt… welcomed. It was an emotional moment, actually. It likely didn’t take much for him to think of standing up and giving me a hug. It’s the first night of auditions. They’re excited. He’s passionate. He saw me, and recognised me, and wanted to share the joy.

And I got the joy. I felt so grateful and so welcomed, and I got all the joy.

She said: when I first met you, I was really scared.

No, not like that, she said. It wasn’t you. It was me. I get nervous around people. I’m not good at being in cliques.

My favourite way to describe this is Stephen’s poem ‘Corners.’ I know you know it. 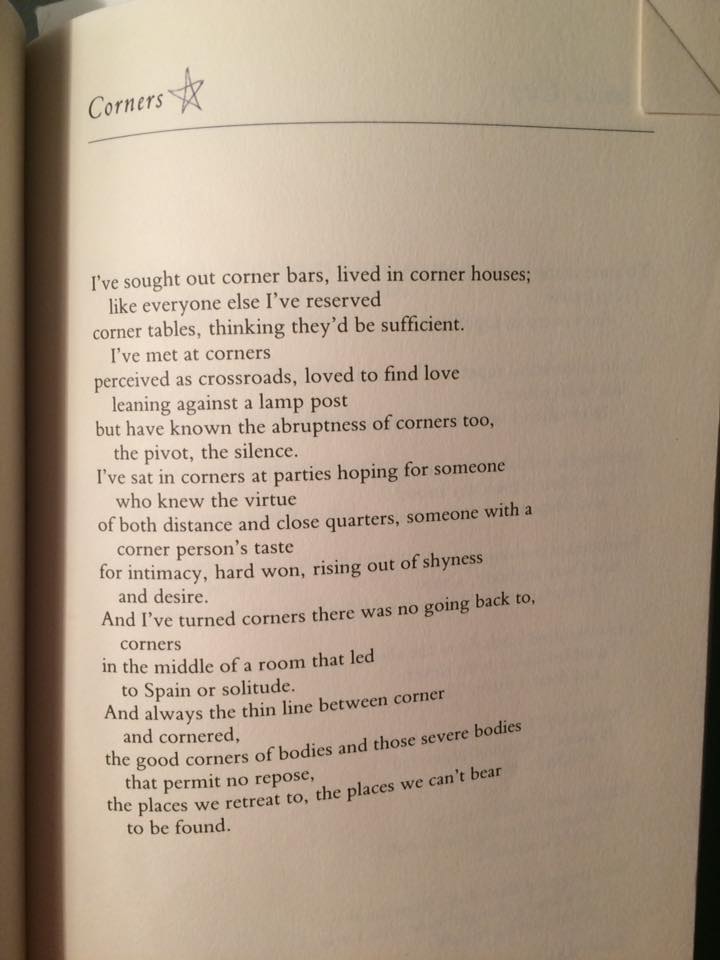 It’s something I recognise almost immediately: someone with a corner person’s taste/for intimacy. It’s the League of Silent, Deadly, Overthinkers. It’s diving into something deeper than surface level conversation. It’s mutual respect for how the quietness of a person can hide the busy-ness of a mind. It’s even the loud, outgoing ones who soften their exchanges into confidential asides by the end of the evening. How the life of the party can show up in the kitchen.

I texted the Minstrel today, because I’ve been thinking about him a lot with all of the auditions and music and corner-talks. I think of him and how we met and when we dropped in deep, sitting in the hallway of the Howard Johnson hotel, hoping the buses would just leave without us. We had a corner person’s intimacy, from the beginning. And it shaped how I learned to recognise it in others.

I think of these moments and I taste apple cider, leaning against walls, confiding, allowing the edges and corners to bolster and shore us up.

Once you see it, it’s difficult to unsee it.

Two poets. 6,605 miles. We write letters to each other. Explore maps. Read books.

“Not numbering and counting, but ripening like a tree.”
― Rainer Maria Rilke

“It crossed my mind that my letters are all about me and not you. I would hope that you pay me the same respect.”
― Bill Callahan

Our Words in Air

The Spaces Between the Hours